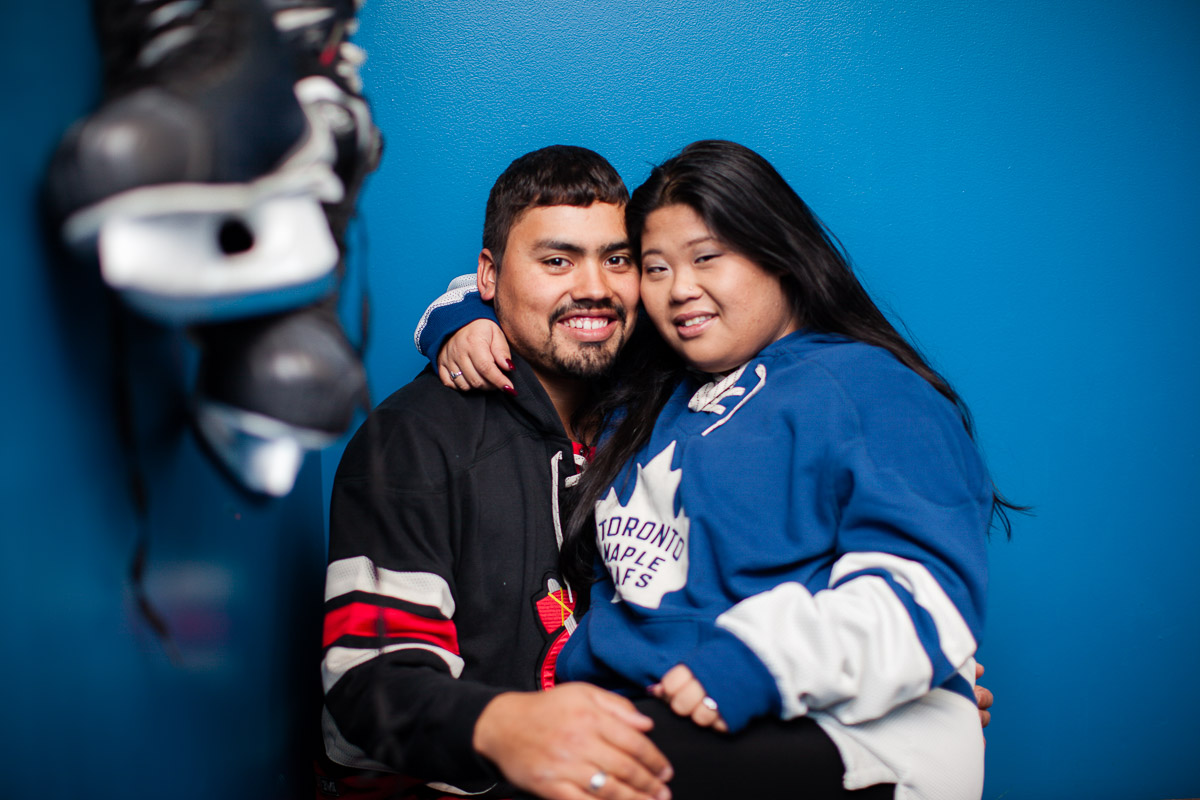 Aside from being a very chilled shoot it was also shot in very chilled settings. Amy and Aron were a pleasure for us to have as clients as they were just willing. No rules, just play…my kind of play time. It was a two part shoot once during autumn when the season is nothing short of being simply spectacular. We were also requested to capture their baby, their first born so to speak, Thor….I wasn’t quite sure I would survive the shoot with him looking directly at me and my adrenaline being all jacked up. I survived the shoot! The second part was on ice and it was a very chilled shoot as I was lying on ice. The adrenaline kick I received through first part was not put on ice. The bride to be was a trooper, as this was her first time on skates. The groom was her knight in shinning armour and someone to lean on as he glided her around on the ice.

The puck has dropped and the time remaining up until the wedding is dwindling down, these two are playing for the same team.  From the moment we met this couple we can tell, there will be no need for overtime, they are going to win outright.  They are perfect linemates who will no doubt skate through life together, always skating on the same line.  Exhilarating shoots and it was our absolute pleasure to have been a apart of it.

When the final horn goes, the future Mr & Mrs will skate off champions!