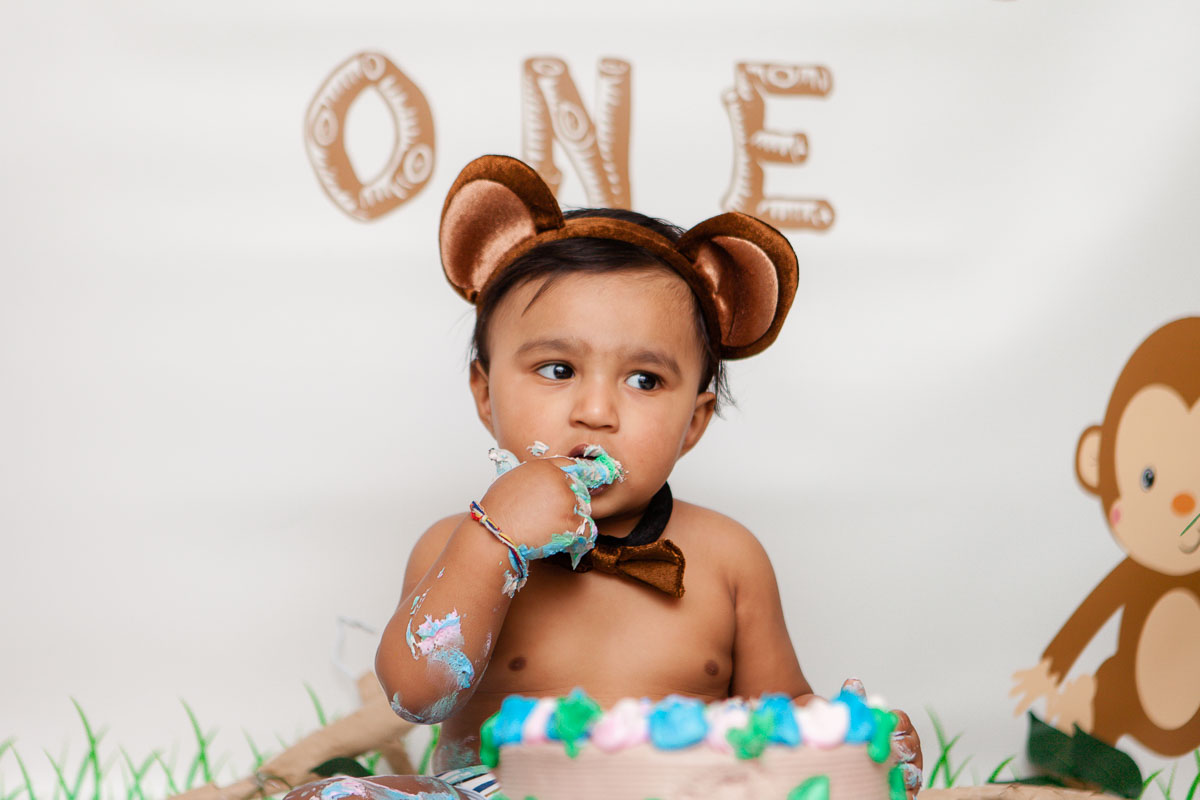 The stage was set, and the date was two weeks before his 1st birthday. Kayhan’s first milestone was to be commemorated with the smashing of his first cake. The theme was “Chunky Monkey”, as he was lovingly referred to by his mom, Sharda. With his little monkey ears and tail on he was ready to take on this cake. After wondering what all the excitement was and why there was a cake, he was egged on to smash the cake. Slowly and steadily he proceeded to tackle it.

After a little bit of a mess he opted out of it and preferred to crawl around. All in all, it was an extremely exciting and adventurous event for all that was involved. The first year of child is filled with so many wonderful moments such as their first steps, smashing their first cake is a great way to top off the year in style.

In addition to what you see here, we have produced a VLOG where you can hear how much love his parents have for him as they introduce interesting facts about his first year.

So, dive in and take a moment to see how much fun this was and how marking this moment with icing and sugar can make things so memorable!

Family Portraits During a Pandemic
July 31, 2020