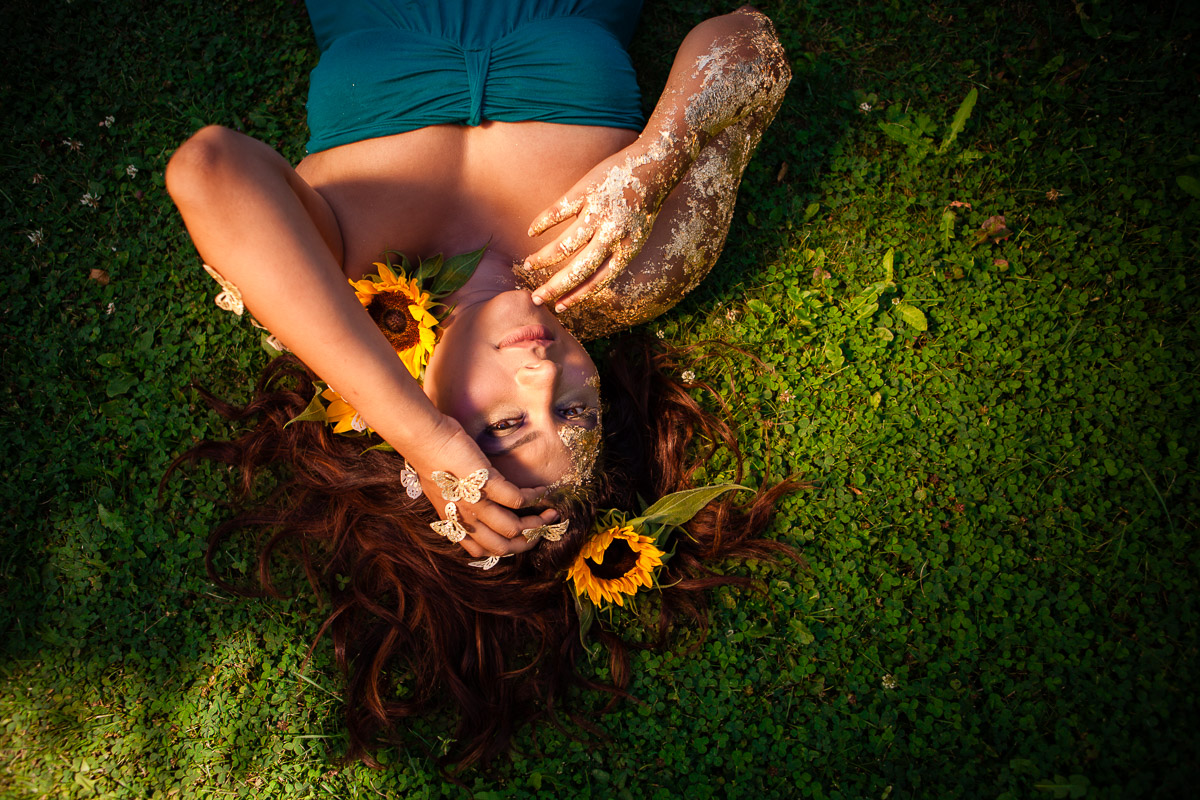 The overwhelming feeling of things coming to an end is approaching and then the end comes, well you know summer is about to leave us for another year again and as you can imagine I’m pouting as I write this line. As always when you get to the end you start to think of the beginning and check off all that was accomplished and the things you never got around to. You can almost feel a cool hum in the air and you Sassy fall is making her way in. No matter how hard we hold onto her, her sun kisses are coming to and end.

This inspired shoot is a continuation of a series, the last of four parts. My first season was “Timeless Fall“, followed by Winter or as we call it “Frozen” and then came “Spring!” and here we have the “Sultry Summer”. This series was inspired by nature and the four distinctly different seasons we experience in Canada. Originally the whole series was inspired by the ice storm in the T.O(Toronto) back in 2013. The whole place froze over and a vision of an ice palace.

Shot on location in nature. The colour is to compliment the season and the gold is to give a warm sultry glow. Yes the dragon fly was real and it was not harmed as it was the empty shell found in nature. All the parts come together when the perfect model is chose to carry out the look. She definitely is sultry like summer and laced with a little flirt to complete the look.

The shoot wasn’t without a little drama and humour. As you scroll through the images there is an unexpected older gentleman in the images. I love that humans are naturally curious creatures and naturally this young spirit approached us to see what we were up to. He wanted to show how amazing he was and wanted to flex for us girls as his wife stood on the side and observed. As you can imagine my need to document kicked in to capture the two images you see. You just never know what will happen and I love the strange and the unexpected. The drama part was that beautiful sultry summer got bitten by a bug. Don’t worry she survived and all was good.

To cap it all Sultry Summer is the finale in this series. My beautiful model was nothing short of fabulous and accommodating as she was being created on. If you know me you know that my models become my canvases I create on…aside from being just the base I draw inspiration from them when stylizing the shoots shooting.

I’m not a fan of good-byes as you can imagine, but it was an amazing process from start to finish. Au Revoir (Goodbye in french) Sultry Summer.